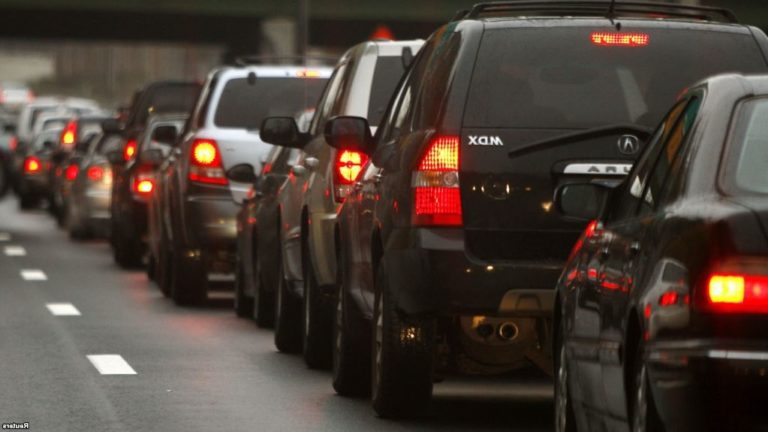 Perform a Google search for “neighborhood” and “Waze.” The search engine will bombard you with local news stories about once-calm side streets which are now the scene of rush-hour traffic jams and late-at-night speedsters. It’s not just annoying. It’s also a script ready for accidents.

Among the top causes of accidents are driver distraction — including looking at a smartphone, not being familiar with the street and increased traffic.

“The main cause is the use of routing apps,” says Alexandre Bayen, director of transportation studies. “Over the last couple of years, there’s the second layer of ride-sharing apps.”

The first layer is the number of drivers who utilize apps. The percentage grows daily. In 2011, Waze had 7 million downloads, and that climbed to 50 million by 2013. By 2016, the number had grown to over 65 million in 185 nations.Google Maps has over 1 billion monthly users.

The second layer is the fleet of ride-sharing cars. In New York city there are a estimated 46,000 Uber drivers and 36,000 Lyft drivers. Compare that to 13,586 — the number of yellow cabs.   . The two behemoths have their mapping apps. But whatever device it is one focused on concrete route efficiency when compared to the whims of cab drivers who use their “own” shortcuts.

With the extra traffic rolling down previously empty streets creating an odd situation where cities are continuously playing defense against algorithms.

“The city, depending on their laws, don’t have a chance,” said Bayen. “The only thing they can do is upgrade infrastructure.

Some cities are finding results with other actions. The residents of Takoma Park, Maryland, spent time falsifying accident reports to Waze to prompt the algorithm to move the route elsewhere. Of all the actions, whether infrastructure changes by the city or hacks by community groups, their purpose is the same — to make driving through neighborhoods more difficult, so fewer drivers use the streets.

Outside parties, which Waze is, disrupting a city’s infrastructure is not new. The problem used to be solved by applying fees against whoever was the cause. If a grocery store wanted to build a supermarket, the city would calculate how much additional traffic the store would generate. An “impact” fee was imposed to cover the strain created by extra traffic. In the case of map apps and ride-shares, who gets to pay the fee?

Merriam Webster defines DISTRACT as “to drawing or directing (one’s focus) to a dissimilar target or in opposing directions simultaneously.” Whenever a driver’s awareness is diverted from the responsibility of moving in a stable and proactive manner can be classified as inattentive motoring. These diversions can be individualized, visible or internal.

Personal diversions can happen when the operator is handicapped by woolgathering, booze, exhaustion or dangerous habits like reading, writing, shaving, applying makeup or using electronics such as computers, smartphones, tablets or a navigation system.

Internal distractions occur in the car, caused by other riders, animals or objects inside the vehicle.

External distractions occur out of the car and can include other drivers, foul weather, degraded road conditions, or even the landscape.

“If you make an app to improve traffic flow where some of the user’s travel time is twenty-percent higher the first thing people do is delete it,” says Bayen.