Caught a 55 Over Ticket? Learn to Fight It to Avoid License Suspension 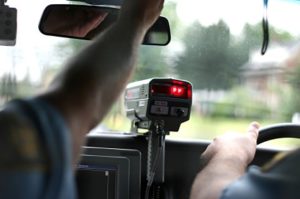 NY Traffic Firm knows the state laws on speeding inside and out, and can provide you with assistance if you have received a speeding ticket for going over a 55 MPH speed limit. Our legal team can also offer you guidance on responding to any speeding tickets that you receive within the state.

We know how to help you defend yourself against claims that you were driving too fast and can provide the guidance that you need to develop a strategy for responding to your traffic violation.

Give us a call today to talk with a New York traffic ticket attorney to find out how our firm can help you to protect your license, avoid fines, and reduce or avoid all of the possible legal and financial consequences of a speeding citation.

In the state of New York, the Vehicle and Traffic Code Law sets rules for speeding, including speeding over a 55 MPH limit. Code Section 1180-a establishes the rules for maximum speed limits on roads anywhere within New York and code section 1180-b explains when an owner can be held liable for failing to comply with permissible speed limits.

According to 1180-a, no city, village, town, or other public authority may set the speed limit on any road, highway, parkway, or bridge at more than 55 MPH, unless the roadways fit into one of the exceptions outlined by law. A road may have a speed limit of 65 MPH, instead of the normal maximum limit of 55 MPH, only if the road is a controlled access highway. Even then, there may just be parts of the road with this higher limit while other parts do not allow motorists to travel as fast.

This means that on many of the roads that motorists travel on most frequently in NYC, going over 55 MPH is considered a violation of anti-speeding rules and regulations.

Penalties and Consequences for Speeding over 55 MPH Speed Limit

The consequences of traveling faster than the permissible 55 MPH speed limit will vary depending upon exactly how much faster you were traveling than you were actually allowed to travel. The points that could be put on your license are as follows:

If you receive 11 points, or more, within an 18-month period, this can trigger a hearing and the possible suspension of your license. This means that if you were traveling more than 40 miles over a 55 MPH speed limit on a road in New York, there is a very real chance that your license to drive your vehicle could be suspended.

Even if your license is not lost on the basis of one ticket, getting three, four or six points puts you at risk of a license suspension in the future. Points can add up very quickly, even if you are only accused of a series of minor moving violations. The consequences of a suspended license can be dire, because fulfilling work and family obligations with no car may not be possible. You should not just accept that you have to admit to speeding and get these points on your license or face other undesirable outcomes.

Fighting your ticket can also help you to avoid potentially costly fines. If you are traveling over the state speed limit by 10 MPH, you face a fine of $150 and a surcharge of $88 to $93. Fines only go up from there. When you drive 31 miles per hour over the speed limit, or more, your fine could be as much as $600.

NY Traffic Firm can provide assistance in fighting accusations that you were driving too fast. Our firm has helped many people avoid being found guilty of speeding over the 55 MPH speed limit.

To find out how our firm can put our legal knowledge and skill to work to help you avoid the potentially dire consequences of a speeding ticket, give us a call today to talk with Daniel Kron, Esq.

Daniel Kron speaks on 55 over