Got Impeding Traffic Violation? Learn How to Challenge It 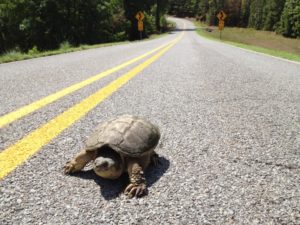 Every motorist is aware of the possibility that a driver could be cited for driving too fast. If you travel too quickly on the roads to be safe under the road conditions, or if you exceed posted limits, you could receive a ticket, fines and points on your license, among other penalties.

However, what many motorists do not necessarily realize is that you can also be ticketed for going too slowly. If you are driving at a pace that is unreasonably slow given the road you are on and the traffic conditions around you, this could also lead to points on your license and other consequences.

On some roads, a minimum speed is established. On others, however, there is no minimum speed and the question of whether you are impeding traffic through your driving is a subjective one, rather than an objective one. It is often possible to fight a ticket for driving too slowly because of the uncertain definition of the offense. You should contact a NY traffic ticket lawyer for help trying to fight being found guilty of a moving violation so you can protect your license.

NY Laws on Driving Too Slowly

Motorists can also travel below the posted minimum speed if it is necessary for them to do so for safe operations. If there is a traffic jam and all traffic is moving slowly, for example, obviously you cannot transfer at the minimum speed if the pace of the vehicles is not that fast. Likewise, if there is a snowstorm and everyone on the roads is going very slowly due to slippery roads and reduced visibility, then you can also travel slower than posted minimums.

1181(a) also provides rules for minimum speed, but motorists may find this section less straightforward. Section 1181(a) indicates that a motorist is not permitted to travel at such a slow speed that the motorist impedes the “normal and reasonable” movement of traffic. The only exceptions are when traveling more slowly is necessary for safe operation or when traveling at a slower speed is needed to comply with law.

Penalties and Consequences for Driving Too Slowly

A motorist who is cited for driving too slowly admits guilt if the motorist pays the fine associated with the citation. This means that the driver gets points on his or her license, which can raise insurance costs and preclude the motorist from working in any job for which a clean driving record is required.

Driving too slowly and impeding traffic can result in a motorist getting three points on his or her license. A motorist who gets 11 or more points over the course of an 18-month period is at risk of a license loss after a hearing triggered by the motorist getting so many points.

A motorist who commits a first offense of driving too slowly will usually face around a $150 fine. A second and third or subsequent conviction will result in fines growing progressively larger. There are also some circumstances under which a motorist who is cited for impeding traffic could face imprisonment.

How a New York Speeding Attorney Can Help

Motorists should not assume that a citation for driving too slowly is a minor offense. The points on your license and fines can be a big deal. You should not just pay the citation and accept that you’ve done something wrong if there is a way for you to defend yourself and maintain your clean driving record.

NY Traffic Firm can provide you with assistance in determining what your best course of action is when you are cited for impeding traffic. You can try to argue the case against you was insufficiently proved and there is not enough evidence for a guilty verdict. You can also introduce different types of defenses, such as arguing that your slow speed was actually necessary for safety.

A New York traffic tickets attorney can assist you in understanding your options if you’re cited for impeding and can help you to try to avoid being found guilty or at least to reduce penalties and possible consequences as much as possible. Give us a call today to find out more.