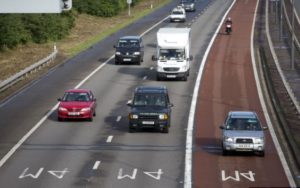 Bus lanes in New York City must be free for public transport vehicles to load passengers and to unload passengers. When drivers illegally stand in bus lanes, they could impede the safe operation of public buses and could prevent passengers who depend upon bus service from getting around. As a result, the laws in New York are very clear: it is not lawful for drivers to drive, park, or stand in bus lanes during designated hours.

If you are given a ticket for breaking laws related to bus lanes, you could get a parking violation or a moving violation. Both types of violations result in fines, while moving violations could also lead to points on your license, a black mark on your driving record, higher auto insurance costs, and other long-term consequences.

If you pay the ticket you have received for violating bus lane laws, this is an admission you violated the law and all of the resulting penalties will be imposed upon you. You want to ensure you don’t just give up your rights to fight the accusations that you broke bus lane laws, so you should contact a New York traffic ticket attorney as soon as you’ve been given a bus lane ticket.

NY Traffic Firm has helped motorists with both parking and moving violations to avoid being found guilty or to reduce consequences of a citation.  Give us a call to find out how our firm can help with your ticket so you can protect your license to drive.

Outside of these specific circumstances, vehicles other than buses are not allowed to enter a bus lane during the hours that the lane designates. There are road signs specifying the days of the week and the hours during which the bus lane is in effect. If a driver breaks the rules and goes into a bus lane for any impermissible reason during the time that the bus lane is in effect, the driver can be ticketed.

There are two different methods by which the city of New York enforces the rules for bus lanes. There are various cameras located in bus lanes in New York City to catch motorists who break the rules and drive illegally in bus lanes. In areas where there are cameras enforcing bus lane laws, there are signs warning drivers to stay out of the lane.

Officers from the New York Police Department also patrol bus lanes regularly. Police can issue parking tickets or moving violations to anyone who is breaking the law. A bus lane ticket could result in a fine ranging from $115 to $150 if a motorist is cited for violating the rules.  In addition to the fines that are associated with receiving a bus lane ticket, drivers can also end up losing out on job opportunities that require a clean driving record if there is a record of a bus lane ticket on their license.

License points from moving violations could also result in the eventual suspension of a driver’s license if a motorist gets too many points on his license in a designated period of time. And, a record of a bus lane ticket can make a driver appear to be a bigger risk to an insurance company, which is why a ticket for breaking the rules on driving in bus lanes could raise auto insurance premiums— sometimes for years after the driver has received a ticket.

You can avoid or minimize penalties by fighting the ticket or by working out a plea deal. NY Traffic Firm will help you to determine what your best options are for responding to the accusations against you that you’ve driven, stood, or parked illegally in a bus lane.

Getting Help from a New York Traffic Tickets Lawyer

A bus lane ticket cannot be ignored, as failing to respond to a parking ticket or a moving violation could lead to a bench warrant for your arrest, along with other serious consequences. It is, however, a mistake to just pay the ticket because this means you’re acknowledging that you broke the law. If you pay the ticket, you lose your chance of fighting the accusations and thus avoiding the fine and other lasting consequences of having a ticket on your record.

NYC bus lane ticket lawyers who are experienced with bus lane tickets can help you to determine if you have any defenses you can raise or if there is a way to introduce doubt about whether you violated city laws on driving in bus lanes.

With help from Simon Kabzan, you can often find ways to keep you record clear, avoid fines, and get your ticket thrown out. To find out more about how an attorney can help respond to a ticket for driving, parking, or standing in a bus lane – or about how an attorney can help you with any traffic citations– give our experienced attorneys a call today.