Leaving the Scene of an Accident 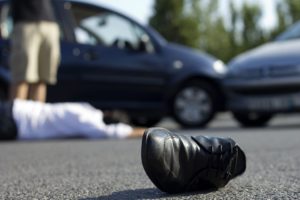 If you are involved in a motor vehicle collision in the state of New York, the state’s law says you must stop at the crash scene if the crash caused property damage, personal injury or death. If you fail to comply with the laws regarding your obligations after you get into a car accident, you could face very harsh legal consequences- including potential imprisonment in some cases.

If you’re accused of this serious offense, you shouldn’t just accept that accusations of leaving a crash scene will lead to penalties. You have rights and should take advantage of the protections in place in the legal system that allow you to defend yourself and try to avoid conviction.

NYC traffic ticket lawyers can provide you with help in fighting for your future when the state takes legal action against you for leaving a crash scene.

To find out more about how NY Traffic Firm can assist you in responding strategically to serious accusations, give us a call today.

Penalties for Hit and Run

If you leave the scene of an accident (hitting and running), the specific penalties that you could face will vary depending upon the severity of the accident and the crime that you were accused of as a result of your actions.

When you leave the scene of a collision that caused only property damage, this is a traffic infraction that could result in a maximum of 15 days of jail time as well as a $250 maximum fine. However, if someone was hurt and you left the scene of the accident, you could potentially face misdemeanor charges with fines up to $1,000 and a possible jail sentence. Repeat offenders who leave the scene of an accident when they have convictions on their record will face harsher penalties.

Drivers who leave a crash scene can be arrested by police officers, even if an officer has not obtained a warrant, according to New York’s laws. Leaving a crash scene, or committing a hit-and-run offense, is taken very seriously under New York law and the criminal record and penalties that can result from this offense can have a profound impact on your future.

Getting Help from Traffic Lawyers in NY

Simon Kabzan, New York traffic ticket lawyer at NY Traffic Firm can assist you in responding to accusations that you left the scene of a motor vehicle crash. Leaving an accident scene could lead to the type of serious penalties that change your life for a long time after the accident. You owe it to yourself to be proactive in trying to minimize or avoid penalties – and that means calling a lawyer as soon as possible to find out how you can fight the accusations against you.

To find out more about how our experienced legal team can assist you in responding to allegations claiming you hit and ran, you should contact our firm as soon as possible so we can begin developing a legal strategy that is right for you.