Failing to Yield to an Emergency Vehicle

Failed to Yield to an Emergency Vehicle on NYC Roads? 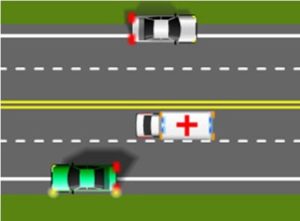 Drivers in New York have an obligation to yield to emergency vehicles. There are a variety of different laws setting forth the rules for what motorists must do when they encounter an ambulance or any other emergency vehicle. A violation of state laws or local laws within New York City in connection with emergency vehicles can have serious and lasting consequences.

NY Traffic Firm knows the laws on failing to yield to emergency vehicles and our firm has represented many motorists accused of breaking the rules. Our NYC traffic ticket lawyer will carefully review the circumstances surrounding your alleged failure and the evidence that supposedly proves you broke the rules.

Based on the circumstances of the alleged offense, we can advise you on how to respond to accusations that you didn’t yield and we will carry out on your behalf an appropriate legal strategy to avoid consequences or minimize penalties.

To find out more about the assistance we can offer and the ways in which our firm can help you to respond when accused of failure to yield to an emergency vehicle, contact our Manhattan office today.

New York Laws on Failing to Yield to an Emergency Vehicle

Drivers are also expected to abide by laws called move-over laws, which are found in New York VTL section 1144-a. These laws mandate that a motorist who is approaching a stopped emergency vehicle must move over or slow down.

Motorists must move over or slow their speed if they are alerted to the fact they are approaching an emergency vehicle by red, blue, amber, or white lights. Emergency vehicles for purposes of move-over laws can include not just police cars and ambulances, but also tow trucks and vehicles that are on the road because they are performing maintenance, construction, or repair.

Penalties for Failing to Yield to an Emergency Vehicle

Violating laws requiring drivers to yield to emergency vehicles can result in penalties that have a long-term impact on the motorist who is cited.

Drivers who violate the rules could face a substantial fine. Paying this fine is an admission of guilt, so drivers shouldn’t simply send in a payment when they receive a traffic citation either for failing to move over or for failing to yield when an emergency vehicle was approaching from behind.

In addition to the fine, failing to yield the right-of-way is also a traffic violation that could result in three points on a license to drive. A motorist is at risk of suspension of his license to drive if the motorist earns too many license points.

Even if a license remains in effect, points on a license and a record of a traffic violation on a license can result in auto insurance costs rising substantially, which has a long-term financial impact. Unfortunately, drivers who have a moving violation on their record could also be unable to obtain any type of job that requires a clean driving history.  This could limit potential career opportunities for the entire duration of the time that the offense of failing to yield remains on a motorist’s driving record.

How a New York Traffic Ticket Lawyer Can Help

A New York traffic attorney can help motorists to avoid being found guilty of a traffic offense associated with failing to yield to an emergency vehicle. To find out more about how an attorney can assist you, give us a call today.