Have You Refused to Take a Breathylyzer Chemical Test? Daniel Kron Explains Options 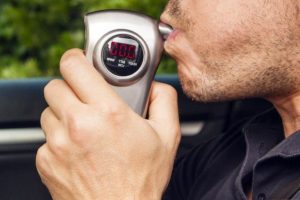 In the state of New York, there are strict laws aimed at preventing motorists from operating a vehicle while the motorist is impaired by either drugs or alcohol or both.  If a motorist drives while drunk, that motorist could be charged with a misdemeanor or a felony drunk driving offense.  A conviction for DWI could lead to license suspension, jail time, and a variety of other consequences.

A motorist could be charged with DWI whenever the driver is too impaired by alcohol or drugs to safely operate a vehicle. One of the key factors in determining whether or not a motorist is too impaired to drive is the driver’s blood alcohol concentration (BAC). A motorist’s BAC shows the level of alcohol in the person’s system. If a driver has a BAC of .08 or higher, that motorist is considered legally drunk and is in violation of New York law.

Motorists with less than a .08 BAC could also face legal problems as well. Both commercial drivers and drivers under the legal drinking age of 21 are subject to much lower limits before facing penalties for DWI. And New York also recognizes the offense of Driving While Ability Impaired (DWAI). DWAI is a traffic infraction, not a criminal offense, and motorists who are somewhat intoxicated but whose BAC isn’t .08 or above could potentially be accused of DWAI.

Since the amount of alcohol in your system is so important to determining whether or not you are drunk while driving, New York law requires motorists to submit to blood, breath, or urine testing to detect the levels of alcohol or drugs in your body.  You must submit to testing if there is probable cause and/or as part of a lawful arrest based on a suspicion that you were riving under the influence.

If you do not agree to BAC testing when you are required to, you could face both criminal charges and administrative action taken by the Department of Motor Vehicles (DMV).  The DMV could take away your license to drive. The administrative suspension process is entirely separate from the criminal case against you, and you will need o argue against the loss of your license at a refusal hearing if you want to continue driving.

You need to be prepared to make the strongest possible arguments if you want to keep your license, so you should talk with New York traffic attorneys about what you can do to make your case at your hearing. NY Traffic Firm has provided representation to many motorists at DWI refusal hearings. Our legal team understands the administrative hearing process and is prepared to help you fight as hard as possible to keep your right to drive.

You should contact our firm as soon as possible when you’ve been accused of failing to submit to a BAC test so we can work with you to identify the right legal approach moving forward.

New York’s Vehicle and Traffic Laws include implied consent laws. Under implied consent laws, motorists essentially give their consent to be tested for drugs and alcohol if there is probable cause to believe they are too impaired to drive safely. They give this “implied” consent to chemical testing when they make the choice to drive on NYC roads.

If you take advantage of the privilege to drive in NY, you must be aware that you could be asked to prove you aren’t letting any substances prevent you from driving safely. If you are stopped by a law enforcement officer for a lawful reason, implied consent laws could kick in if there is reason for the officer to believe you are impaired.

The police officer may ask you to take field sobriety tests, but you are not required to do so and likely should not do so, as this could just provide more evidence for a prosecutor to use against you. You could also be asked to take a handheld breathalyzer, or portable breath test. Taking this PBT is mandatory whenever there is justification for police asking you to submit to testing because there is probable cause of impairment.

If you refuse field sobriety tests and don’t want to have your BAC checked by a handheld breathalyzer, this could result in your arrest and in mandatory testing of your BAC or drug levels. The Supreme Court recently held that a motorist cannot be coerced into consenting to a warrantless blood test by threats of criminal charges for not getting his or her blood tested. However, even with this limitation, the courts have always given fairly wide deference to law enforcement officials who wish to compel motorists to submit to a breath test to detect their BAC if there’s probable cause of impairment.

If you don’t want testing and you decline it when you’re required to get your BAC tested under implied consent laws, this can result in a law enforcement officer completing a Report of Refusal. This refusal can trigger the suspension of your driver’s license by the DMV. This is called an Administrative Suspension, and it is separate and distinct from any criminal charges for a DWI refusal.  You need to act quickly- within 15 days of the suspension or revocation of your license- if you want to try to fight against having your license taken away on a temporary or permanent basis.

What to Expect at a Breathylzer Refusal Hearing 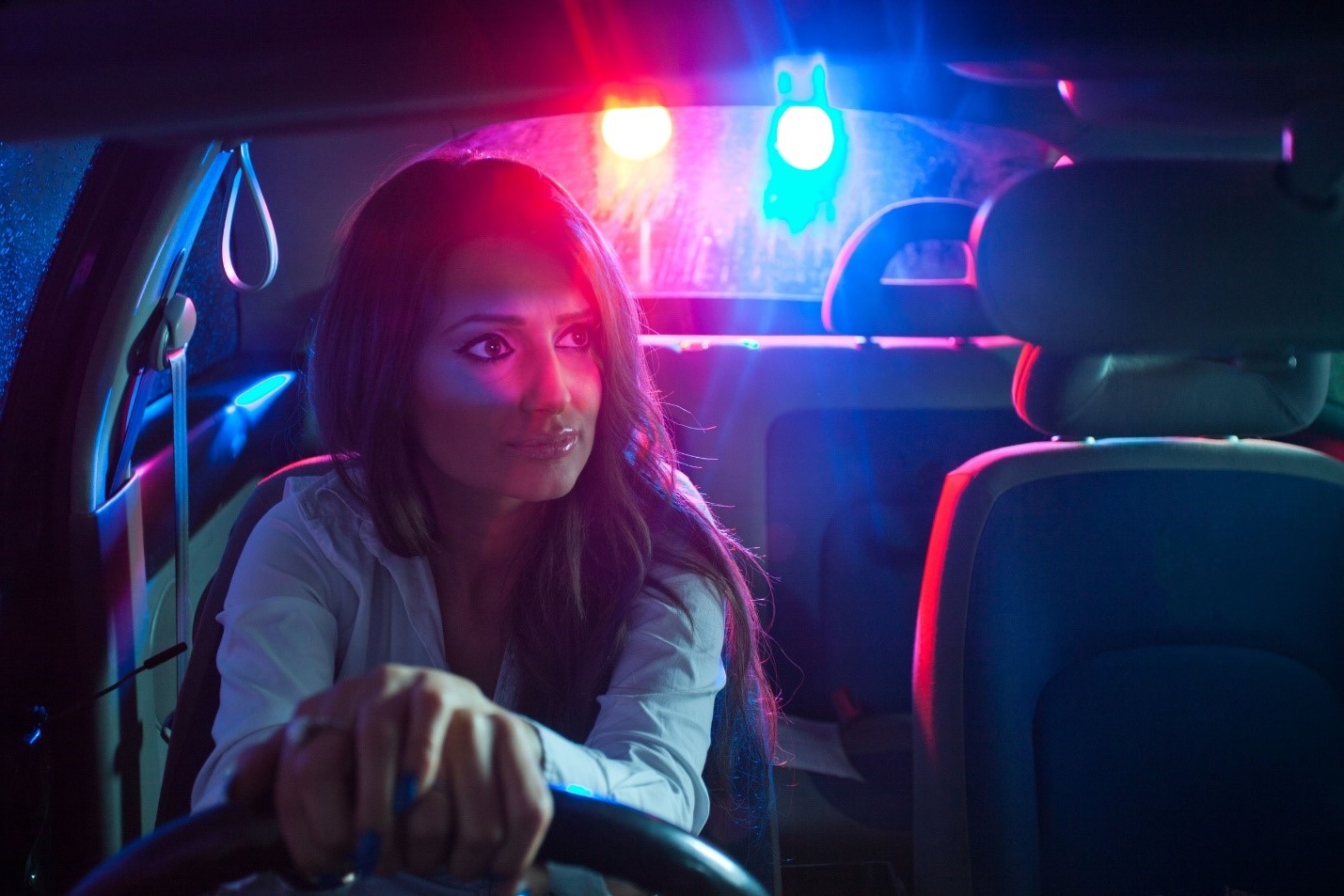 At a refusal hearing, an Administrative Law Judge (ALJ) will review the facts of your refusal to submit to a blood alcohol concentration test. The ALJ will decide if you violated New York’s implied consent laws by not agreeing to have your BAC tested.

A number of key factors will determine if your license should be suspended for refusal or not. The issues that need to be considered include proof that you refused BAC testing, as well as proof that law enforcement officers had probable cause and respected your constitutional rights.

If you were pulled over unlawfully in an unjustified traffic stop, this could be considered an unlawful search and seizure. Any evidence obtained as part of an unlawful search- including evidence that you refused a BAC test- could potentially be inadmissible if it was collected in violation of your rights.  This could mean the evidence cannot be used against you.

While you have some due process protections at a DUI refusal hearing, you are not afforded the same level of protections as you will be in a criminal case if and when you’re charged with a crime for refusing a BAC test.  The statements that were made in the Refusal Report prepared by a law enforcement officer, for example, will typically be considered admissible in the refusal hearing although the statements could be considered inadmissible hearsay in a criminal case.  The burden of proof is also lower in a breathalyzer test refusal hearing than in criminal proceedings.

You will be given a chance to present your arguments and explain your version of events at a refusal hearing, and you want to convince the Administrative Law Judge that there is insufficient evidence you violated implied consent laws and unlawfully refused to have your BAC tested. If you can successfully prove the traffic stop or request for BAC testing was not lawful, then you should be able to protect your license to drive. Otherwise, the DMV can take administrative action to take your license away for one year for the first refusal and 18 months for repeat refusals.

In addition to the license suspension, you will also be required to pay a fine. A criminal case against you could also proceed, leaving you with legal bills and worries about your freedom, finances, and driving record.

Getting Help from a New York DWI Lawyer

The administrative hearing process is very different than a criminal case, and it is vital that you are prepared to  make a convincing argument on your behalf within this system. You also need to be ready to fight criminal charges you could face for violating laws related to impaired driving in New York.

Hiring a New York DWI lawyer may be the best way to ensure you can fight both the DMV’s efforts to take your license and the criminal charges that could affect your freedom and future.  You need to ensure your lawyer can represent you at a refusal hearing by making solid legal arguments to convince the administrative law judge that your license should not be lost.

NY Traffic Firm can help. Our legal team can assist you with any criminal charges or administrative proceedings related to impaired driving. This includes refusal hearings. We will vigorously advocate for you and do everything we can to help ensure your hearing has a favorable outcome that results in your right to drive being preserved.

The time between your arrest for refusing to take a BAC test and your refusal hearing is a very short period, so you do not have any time to waste before taking action. Contact our legal team as soon as possible when you’ve been accused of refusing to submit to a test to determine if you were drunk or high while operating a vehicle.

Our firm will begin putting together a case for you so you can fight has hard as possible to keep your license. Call today to find out more.