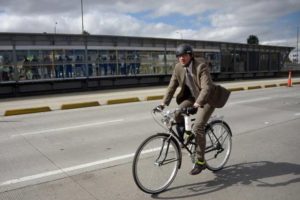 In New York, young motorists who apply for a license are not simply granted a full right to drive. There is a process that must be followed before a motorist is given a full license. As a part of this process, a young driver will be granted a New York provisional license.

Due to the serious consequences that can occur when a driver violates traffic laws with a provisional license, it is important to get legal help from a New York traffic attorney.

NY Traffic Firm has helped many young people to fight accusation that they violated traffic laws so they can keep their right to drive. Give us a call as soon as you or your teen driver has been accused of a provisional license violation to find out how our firm can help you.

In New York, a new driver must get a NY learner’s permit when first learning to drive. The driver must have his permit for at least 6 months and must complete 50 hours of supervised driving, including at least 15 hours of nighttime driving. The driver also must complete a driver’s education and/or pre-licensing certification course. Once all of the requirements are met, the young motorist can make an appointment for a road test at the DMV.

While a driver is driving on a provisional or junior license, it is vitally important to follow all rules of the road. Any violations or infractions could result in serious consequences, including the possible loss of the right to drive.

A driver who has a junior or provisional license in the state of New York could face a license suspension for just one serious traffic violation. One violation that is considered serious can result in a 60-day suspension. A violation is classified as a serious violation if it is a moving violation that results in a motorist getting at least three points on his or her license. While an adult driver with a full license faces a license suspension for getting 11 points or more in 18 months, it takes just one serious moving violation for a young driver to have his privilege to drive taken away for two months.

A driver with a provisional license could also face a 60-day suspension of his license if two or more violations of any type are committed. This includes non-serious violations, which would not typically result in the loss of a driver’s license for an adult driver.

Once a young driver with a provisional license gets his license back after a suspension, the stakes are even higher if any further violations occur. A driver whose provisional license has been restored after a prior suspension will have his or her license revoked if convicted of another serious traffic violation within six months of the time the driver’s license is restored.

When a license is revoked, instead of suspended, this means that a driver must go through the entire process of applying for a license again. Unlike with a suspended license, the right to drive isn’t restored automatically at the end of a designated period of time. With a revocation, it is possible that the DMV will decide not to allow the license to be restored.

Motorists with a provisional license are also subject to hasher penalties for the use of cell phones while driving. If a driver with a junior license is caught violating prohibitions on phone use while driving, he could face a 120 day license suspension for a first offense. For a second offense within six months, the driver’s junior license will be revoked and he won’t be allowed to apply for another license for at least six months.

How a NY Traffic Lawyer Can Help You

NY Traffic Firm has provided help to many motorists with provisional licenses who have been accused of various types of moving violations or other traffic offenses. Our traffic ticket attorneys can explain to you what the possible consequences are if you are cited for a traffic violation or accused of a traffic crime. We can also help you to determine if you have any options for defending yourself against accusations or if there is a possibility of trying to arrange a plea bargain to face reduced penalties.

Traffic infractions must be taken very seriously if you are accused of wrongdoing with a provisional license, and it is important to get prompt legal help to determine the best way to respond to claims you violated the rules of the road. Call today to talk with an experienced attorney to find out how our firm can help you.