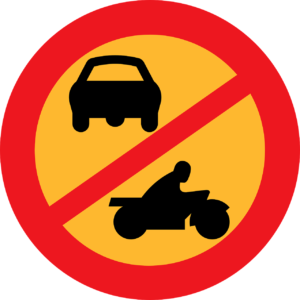 In the state of New York, your license can be suspended for various types of violations. This could include driving while impaired by alcohol or drugs. It could also include committing enough moving violations to get 11 points or more on your license over a period of 18-months. License suspensions can generally last anywhere from a few months to a few years, depending upon the specifics of the offense for which your license is suspended and depending upon your history of past convictions.

In some cases, however, the suspension of your license will not be restricted only to a limited period of time. There are certain circumstances in which your license to drive can be indefinitely revoked. This could mean that you are never again allowed to legally drive a vehicle. Being prevented from driving forever can have serious life-long implications and you need to do everything you possibly can to fight to prevent this from happening to you.

NY Traffic Firm can explain to you the circumstances under which you could face an indefinite revocation of your license. If you commit multiple serious offenses, even over a very long period of time, this could happen to you.

Our firm can help you to try to fight against the permanent loss of your license, so you should reach out to talk with our NY traffic lawyers as soon as possible when you’ve been accused of any wrongdoing or when you are facing the potential that your license to drive could be lost.

In 2012, Governor Andrew Cuomo announced that New York was imposing some of the strictest regulations in the country for drivers who were repeatedly convicted of serious violations. Under the NY laws before Cuomo’s directive, drivers with repeated serious violations, like convictions for drunk or drugged driving, could have their license suspended only for a limited period of time. However, the rules changed after 2012.

Under the new regulations, the DMV was given the opportunity to conduct a review of a motorist’s lifetime driving record when that motorist applied to have his or her license reinstated after the license had been revoked for DUI or other legal violations.  If the DMV determines that the driver has a long history of repeated convictions, the DMV can deny any application to reinstate a license. The motorist could face “truly permanent” license revocation.

The law on license revocation indicates a driver’s license could be permanently revoked for:

Motorists need to be aware that it takes just three convictions over the course of almost three decades for a driver to face the threat of never being allowed to legally drive again.

What Can You Do if You’re at Risk of a License Suspension or Revocation?

The best way to protect your license is to fight every ticket or every accusation that you have committed a traffic crime. Whether you get a speeding ticket or any moving violation or are charged with a DUI or reckless driving, all of these different accusations against you could potentially come back to haunt you later.

New York traffic lawyers can help you to determine if you have options to try to fight the claim that you broke the law. Unless your guilt can be proven beyond a reasonable doubt, you should not be found guilty of violating the rules of the road. Your attorney can also provide you with assistance in determining if it is possible to negotiate a plea deal so you can be convicted of a lesser offense if you don’t feel that fighting the ticket is a viable option under the circumstances.

In addition to fighting each individual accusation against you, an attorney Simon Kabzan can also help you to try to explore ways to argue that your license should not be lost permanently. Sometimes, there could be questions about the timing of convictions or could be other issues that you could raise to try to fight to keep your license.

NY Traffic Firm has provided representation to many motorists accused of violating traffic laws. Our legal team will help you to do everything possible to fight against conviction or to fight to keep your license.

Give us a call today to talk with a Manhattan traffic lawyer to find out more about how our attorneys  can help protect your driving record and right to drive.